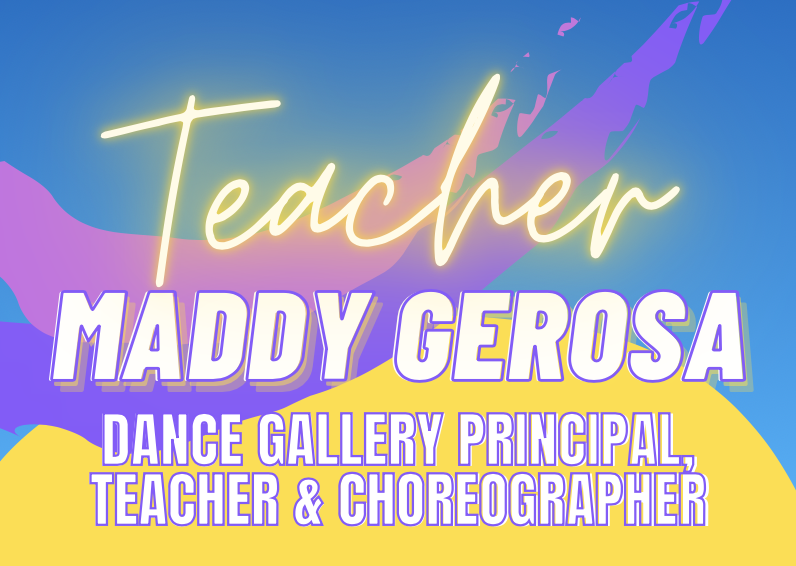 Maddy was dancing at the age of 3 and went on to train at Arts Ed from ages of 11-16 where she started singing. After leaving school took part in a number of regional competitions gaining first place and winning the following Musical Theatre and Opera awards: London Adagio award for singing (Opera), The William Chubb award (Musical theatre), The Ruislip festival (Opera ) and The Ian Flemming Musical Theatre Award winning £3000.00 prize money.

At 18 she decided to train her voice further in Italy and went on to be part of the Italian tour of “Jesus Chirst Superstar” playing the part of Mary Magdalene and performed in many concerts and performances touring the country. Back in the uk she took on the theatre roles of Anita in “Westside Story”, Lily St Regis in “Annie”, Dominique, in “Lucky Stiff”‘, Dream Laurey/Cover Laurey/Dance Captain in “Oklahoma”, Dance Captain/ Frou Frou in “The Merry Widow”

Performing in shows gave Maddy the passion of Choreographing and she became assistant choreographer on Phyllida Crowley-Smiths production of, “A Chorus Line”, Yvonne Arnaud theatre, going onto choreograph the workshop production of “Day Dream Believer”, for GSA Conservatoire and “Peter Pan”, Richmond Theatre.

In 2012 Maddy started teaching regular classes at Pineapple studios London and started her own company “MyDivalution” specialising in Dance & Fitness Classes. As a company Mydivalution has been part of numerous events including group workouts, motivation sessions & dance troupe performances, for companies such as Lulu Lemon, Pineapple Studios, Moveit Expo, Big Dance Bus, Westfield Shopping Centre and Made In Chelsea, Channel 4. Over the years Maddy has taught for Performing Arts Colleges around London and Europe, including GSA conservatoire & Rijn Ijssel, Holland.

In 2016 she became a fully qualified Personal Trainer

Maddy is so excited to take on this new exciting role of Dance Gallery Principle and looks forward to many years of working with all the fantastic young talent that Ealing has to offer! x

This website uses cookies to improve your experience while you navigate through the website. Out of these cookies, the cookies that are categorized as necessary are stored on your browser as they are essential for the working of basic functionalities of the website. We also use third-party cookies that help us analyze and understand how you use this website. These cookies will be stored in your browser only with your consent. You also have the option to opt-out of these cookies. But opting out of some of these cookies may have an effect on your browsing experience.
Necessary Always Enabled
Necessary cookies are absolutely essential for the website to function properly. This category only includes cookies that ensures basic functionalities and security features of the website. These cookies do not store any personal information.
Non-necessary
Any cookies that may not be particularly necessary for the website to function and is used specifically to collect user personal data via analytics, ads, other embedded contents are termed as non-necessary cookies. It is mandatory to procure user consent prior to running these cookies on your website.
SAVE & ACCEPT